Some Bunny to Love Part 3

Riva was out of the house and Monty was oh so happy! He was binkying around and cuddling like never before. We decided we’d give him some time before trying again. when we were ready we messaged Riva’s foster mom and let her know since we knew Riva would be at this event. We felt that there would be enough rabbits around that it shouldn’t be a problem. Well….bunnies must have long memories because Riva tried to get at Monty the moment he was put in the socializing area. We were able to solve the problem and Monty continued to meet other eligible bunnies. One of whom was Callie, a beautiful calico rabbit.

We decided to give Callie a try with a couple of supervised longer “dates”. As you can see from the picture above, they seems like they would get along. We had Callie join our home and set them up in separate pens, side by side for them to get used to seeing and smelling each other. We then set up supervised times for them to be together. This time around, we did not rush the process. We made sure take it slow and use banana power. What is banana power you ask? Well the lure of banana to rabbits especially strong. So to create happy feelings you rub banana on their heads and they are so incensed by the smell of banana that they try to lick it off the other rabbit, thus making the other rabbit feel as though they are being groomed. It’s faking it ’til you make it at it’s finest.

Slowly they were able to be together for longer periods of time without worry. They moved into Monty’s living space (after a thorough cleaning), still in separate pens until they were able to be together full time. the first night I did not sleep well thinking I’d hear a fight break out, but it was all quiet. Callie seemed to know what it would take to win Monty over…lots of patience and very little pushing. Today, they are living their best lives, lovers spats and all.

Some Bunny to Love, Pt 1

In 2018 our school district had a strike which delayed the start of school. One of the things I came up with to keep the kids interested was visiting the local humane society. They hated to dogs because they were too loud and it smelled. They liked the cats, especially the kittens, but they LOVED the two rabbits. A Holland lop named Montezuma (Monte for short) seemed especially interested in us. As a side note, I have wanted a rabbit for years and my husband hated rabbits due to an unfortunate experience as a child. Needless to say, we convinced my husband to come back with us to see this rabbit. When we made it back, the other rabbit who looked like the Cadbury bunny had been adopted, but not Monte. We agreed to take him into a room and interact with him and he was everything and more! So, we took him home where he has ironically turned out to be totally and madly in love with…you guessed it….my husband! He grooms him, comes running when he hears his voice and demands pets from him. He is a small bun with a HUGE personality!

Some bunny to love- part 2

Monte settled in nicely. I have learned a ton about rabbit (lagomorph) language and personality. It is really quite complex. One aspect of bunny life that I never realized is that rabbits are highly social animals and are used to living in large warrens. Monty seemed to be fine as a single bun, until we went had a couple of vacations and then he seemed to be mad that we left. He has always been curious but now he was becoming mischievous and trying to get into things he shouldn’t.

So, after some research I came to the conclusion that he needed a lady friend (same sex pairings are often more challenging, especially after being fixed). My research led me to a rescue group in our area Rabbit Advocates. Not only can you adopt single buns, but if you already have a bunny friend, you can take said pet to meet other buns, also known as speed dating.

You head that right…we took our bunny dating. It was a very interesting and enlightening process. Not only are rabbits very territorial, but they can be viscous and temperamental.

So speed dating… Google it. Basically there are a lot of litter boxes with adoptable rabbits and you being your rabbit to mingle and add to the mix. The bunnies sniff each other out and any bunnies that you think might make a good match get taken to a one-on-one date. If that goes well then you progress to a supervised and longer visit and an agreed upon date and time. You could have a few of these or you can go straight to attempting to bond with the idea that if it doesn’t work they will adopt back.

Our first candidate was Riva! I was really hoping for the giant lop, but I monty was not into her.

Long story short…on our first bonding try we rushed things. Riva was very aggressive and Monty thinks he’s all that and a bag of chips. Long story short, they got into a major tussle. Who knew rabbits were so vicious. Fortunately, the only one injured was me as I broke up the fight. After that, I tried bouncing on a bed and long car rides. Nothing seemed to work. One day Riva got Monty through the bars of their pen.

So, that was the end of candidate #1 for us. We had to give Riva up and start the dating process over.

Starting over is never easy

I have been knitting this pattern:

At first I wasn’t sure about the colors I chose

But once I got past the colorwork section, I started to really love it. I finished the body last night and tried it on before working the sleeves. Ugh. The neck opening was too small!!!

Not the fit I was going for or what the pattern says.

I guess I should have looked more closely at the neck circumference rather than the waist circumference and realized that the 4” of positive ease was essential.

So…..I have made the very difficult decision to unravel and start over. Maybe I’ll play with the colorwork section and use only the lighter color, idk yet. What I do know is this: we all make mistakes, but the important part is recognizing where you’ve made them and taking steps to fix them.

Updates & getting back to writing

Clearly time and life have moved at a faster pace then I could ever have imagined. I suppose that’s what happens when you have kids. I was looking back and my last post was from 2016! Well, I can tell you the last 5 years has moved at the speed of light. Here are the highlights:

Through it all there have been photos, hiking, rabbits, cooking, a new espresso obsession, crafts and Yarn. LOTS of Yarn!

I’m going to give this space another shot. Now that the kids are older and are able to occupy their own time better, I’ll try to carve out more time for writing.

As with most things in life that which is not essential takes a back seat. Needless to say,  this blog has not been a priority.  So what has been a priority?  Well,  I have been adjusting to night shift,  my daughter going to preschool and my son starting kindergarten.  Oh,  and we are remodeling our half bath.  Just keeping up with the day to day is a challenge.  I call it organized chaos.

This Thanksgiving I fortunately did not have to work,  and I took a vacation day giving me 6 days off if work.  (Yay!). So today I instated a craft day (exciting!). It started with a trip to craft wearhouse where there was inspiration overload. My son and I had a blast.  Here are just a couple of the projects we completed (two are almost done,  but need to dry). Next I am tackling holiday cards 😀.
Happy crafting!

Busy as a Bee

It has been awhile since I have written or felt as though I have time to write.  Ironically, this has been the busiest week of the past 6 months.  I graduated nursing school, got into a residency program, and started my new job on Monday (yay!!).  Needless to say, there have been logistical things to work out between child care and getting both my husband myself to work.  So this morning, I actually don’t have any classes, but will be meeting with my manager to go over some paperwork and such.  Which meant I got to sleep in a little bit and ease into the day.  Hence, the writing.  So when I came downstairs this morning I got a good look at what hadn’t been done.  Which inspired this:

The toilet’s not been scrubbed in a week
There are dishes in the sink
The floor’s not spotless
There is laundry to be done
The playroom floor is free of toys
but on the table–
projects in the works are stacked
I stand and look
I’m clearly slaking
On all these chores
But I’m OK with that.
I’ve worked a full week
The hubby too
and given the choice between playtime and dishes
I’d rather make memories with the kids,
Wouldn’t you?
There’s lots of time left to teach,
These little ones how to clean and be neat.
So for now I’ll smile when I see
the happy mess that surrounds me.
For here the house may not be perfect
but my kids know their loved
and that’s more important.

P.S.  One of these days I’ll get around to posting about all the craft projects and photography I’ve been working on over the past 6 months.  Happy Friday!

I finally finished Nursing School!  It doesn’t feel quite real, and honestly it’s only the first step in actually being a nurse, but it is still a huge accomplishment.  Before I tackle the next challenge (the national license exam) I am enjoying a bit of a much deserved vacation.  Part of which includes reviewing the pictures I have taken over the past few months.  Granted, I haven’t had a lot of time to snap photos, but my husband did surprise me with a trip to the Japanese Gardens in Portland last month so I thought I’d share some of them with you.

My old phone refused to hold a charge for months. It was so bad I was permanently hooked up to an external battery. It was one of those situations where I was close enough to the end of our contract (we signed before the new no contact plans) that it didn’t seem worth it to buy an extra battery. Any way, to make a long story short, I got a new phone with a very nice camera.

Bet you can guess what comes next….flowers! And maybe a cat too because he’s cute. 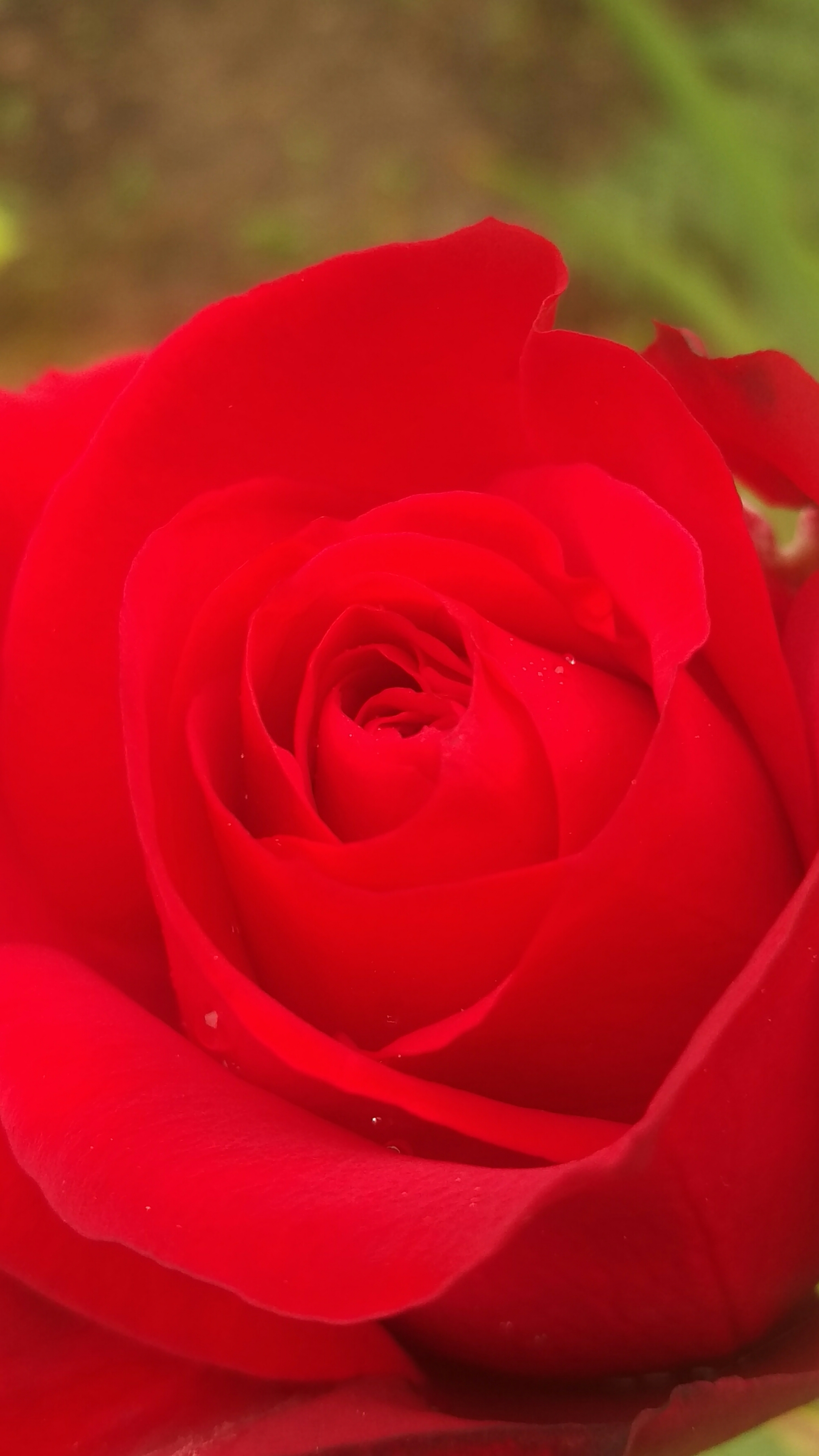 I’m sure that I have posted similar pictures every year I have had this blog, but I feel that you can never have too many flower pictures =)